Ten things to know about Reconstruction

Largely ignored or misrepresented until recently Reconstruction was one of the most pivotal periods in American history. Many of the laws and policies adopted dramatically changed the face of the country at the time and still affect us today.

Here are 10 key facts to help you learn more about the period:

1. Reconstruction is the name given to the period from 1865-77 when the former Confederacy rejoined the Union and the United States attempted to transform the South’s slave-based society into a democracy centered on male suffrage and wage labor.

2. South Carolina had a majority of Black legislators in the State House.  It is the only time in American history that any state has had a Black majority legislature.

3. Black men gained the right to vote through the 15th Amendment, which stated that a male citizen’s right to vote could not be infringed upon based on “race, creed, or previous condition of servitude.”

4. At the end of the Civil War about one-third of Columbia burned, but it recovered relatively quickly, with a new City Hall and Opera House, a federal courthouse and a post office all constructed by the early 1870s.

6. The 1868 state constitution provided for the creation of a public school system in South Carolina. The constitution called for schools that “shall be free and open to all the children and youths of the state, without regard to race or color,” but few whites attended public school.

7. In October 1873, 31-year-old Henry E. Haynie, South Carolina’s Secretary of State, enrolled as the first Black student at USC. Some students left the school upon integration. By 1875 whites made up about one-third of the enrollment. USC was the only flagship southern state school to integrate during Reconstruction.

8. Former Confederates fought violently against the progress of former enslaved people. The Ku Klux Klan arrived in South Carolina in 1868 but disbanded after more than 1,000 members of the organization were tried for crimes such as looting, vandalism, arson, and murder.

9. White leaders, including Benjamin R. Tillman celebrated the “Hamburg Riot” as a key victory of the 1876 Red Shirt paramilitary campaign, which successfully intimidated Black voters and stuffed ballot boxes to ensure the election of Wade Hampton III, and with it, the end of Reconstruction. Today, these murders are known as the Hamburg Massacre, one of the earliest lynchings in South Carolina. 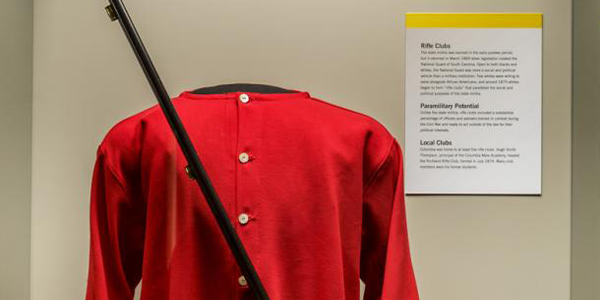 Many of the policies and laws put into effect at the end of Reconstruction lasted until the Civil Rights movement in the 1960s.  Only in recent years have historians and sites such as the  Museum of  Reconstruction at the Woodrow Wilson Family Home started to reexamine primary sources and documents to tell a more complete story of this pivotal time. 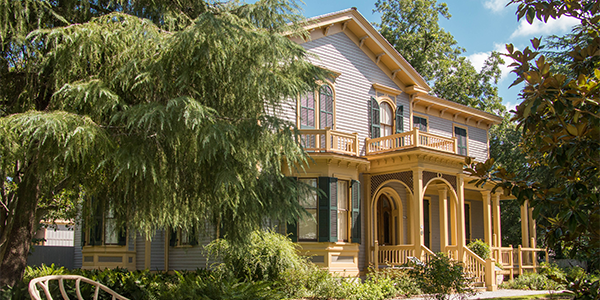