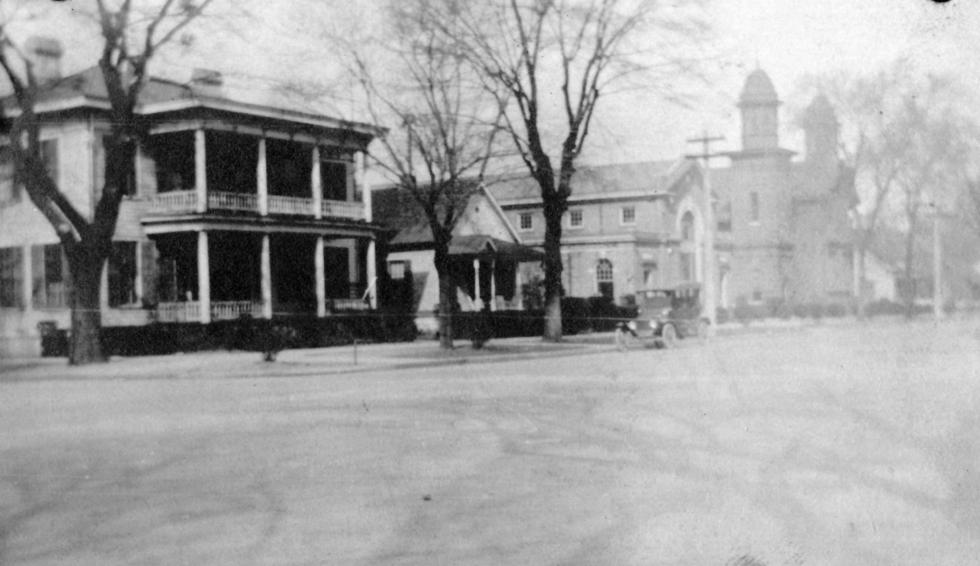 The night of February 17, 1865 left the members of Ebenezer Lutheran Church with the grim prospect of replacing their place of worship. Like other buildings throughout downtown Columbia the Richland Street landmark was consumed in one of the fires that raged as Union forces briefly occupied the capital city. The unfortunate demise of their ca.-1830 sanctuary offered one congregant—Gustavus Theodore Berg—the unique opportunity to craft his vision for the church’s future. That vision came to fruition in 1870 with the completion of the congregation’s new $5,300 sanctuary. A well-known architect, Berg played a major role in much of the city’s post-Civil War rebuilding, in addition to the construction of the State House. Beyond Ebenezer’s distinguished new building, Berg contributed to his church in other ways, writing several volumes of sheet music for its liturgy. 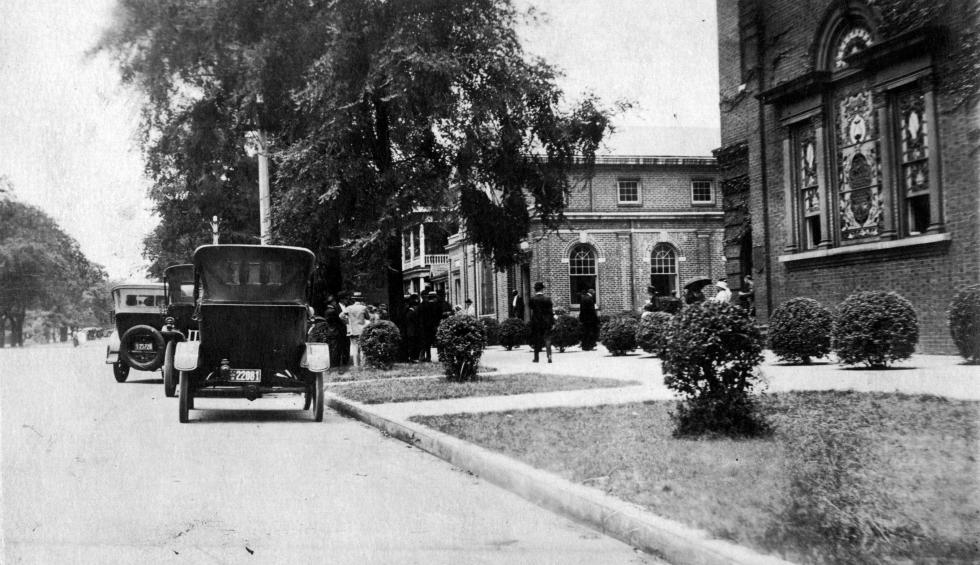 Within three decades Berg’s design had fallen out of favor with Ebenezer’s members who extensively modified the church in 1900. Designed by the local architectural firm of Wilson and Edwards, this renovation involved adding two square towers, art glass and decorative brickwork to embellish the façade. Inside, a decorative pressed metal ceiling, among other elements, updated the sanctuary to reflect current interests. Although the ca.-1870 building ceased to be used as the primary place of worship after the construction of a Neo-Gothic church in 1930, this earlier, physical expression of the congregation’s faith remained a Richland Street landmark. 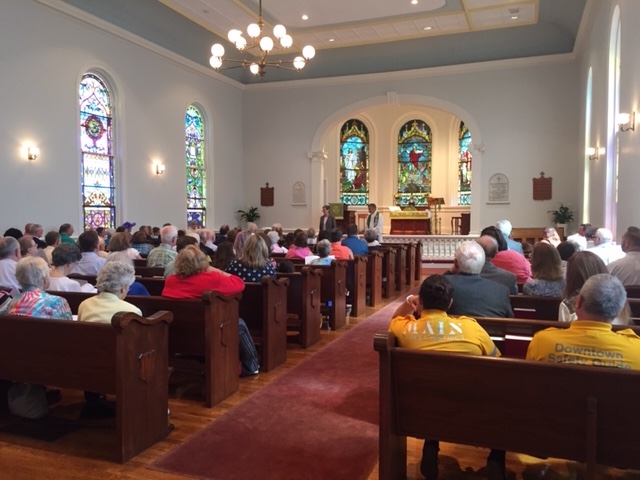