Historic Columbia is excited to announce plans to construct a state-of-the-art greenhouse and accompanying gatehouse on the grounds of the Hampton-Preston Mansion & Gardens. The additions, based on historic structures that once stood on the property, serve as the next step in a decades-long vision to transform the historic site into a hub for horticultural research and plant propagation alongside the ongoing interpretation and programming.

Designed by Lambert Architecture + Construction Services, the project is the latest in a long line of HC grounds upgrades generously supported by the Darnall W. and Susan F. Boyd Foundation. Through its investment of more than $1.5 million dollars over the last four years, the Boyd Foundation has powered Historic Columbia’s transformation of the site into one of the most dynamic public gardens in the region.

“The Boyd Foundation has a keen interest in projects that improve public life in the Midlands, and these projects, including the greenhouse and gatehouse at Hampton-Preston, and other garden improvement projects, are of special interest to Susan Boyd,” said George Bailey, Boyd Foundation President. “The Foundation is pleased that these buildings are not only beautiful, but that they will greatly enhance and expand Historic Columbia's capabilities."

Once built, the greenhouse facility, located on the northwest quadrant of Hampton-Preston’s grounds, will offer Historic Columbia the enhanced capacity to care for its 14 acres of grounds and gardens. It also will serve as a space to interpret the role that an extensive workforce of gardeners and horticulturists – black, white, enslaved and free – have played in shaping this site.

For an extensive look at this project – including comments from HC Executive Director Robin Waites – check out Chris Trainor’s article in the Free Times.

New Construction of Historic Structures
Using the most probable design of the original glasshouse on the site, the new building will feature a three-quarter span glasshouse running the entire length of the structure and include a production greenhouse, a central orientation lobby, and an interpretive greenhouse. 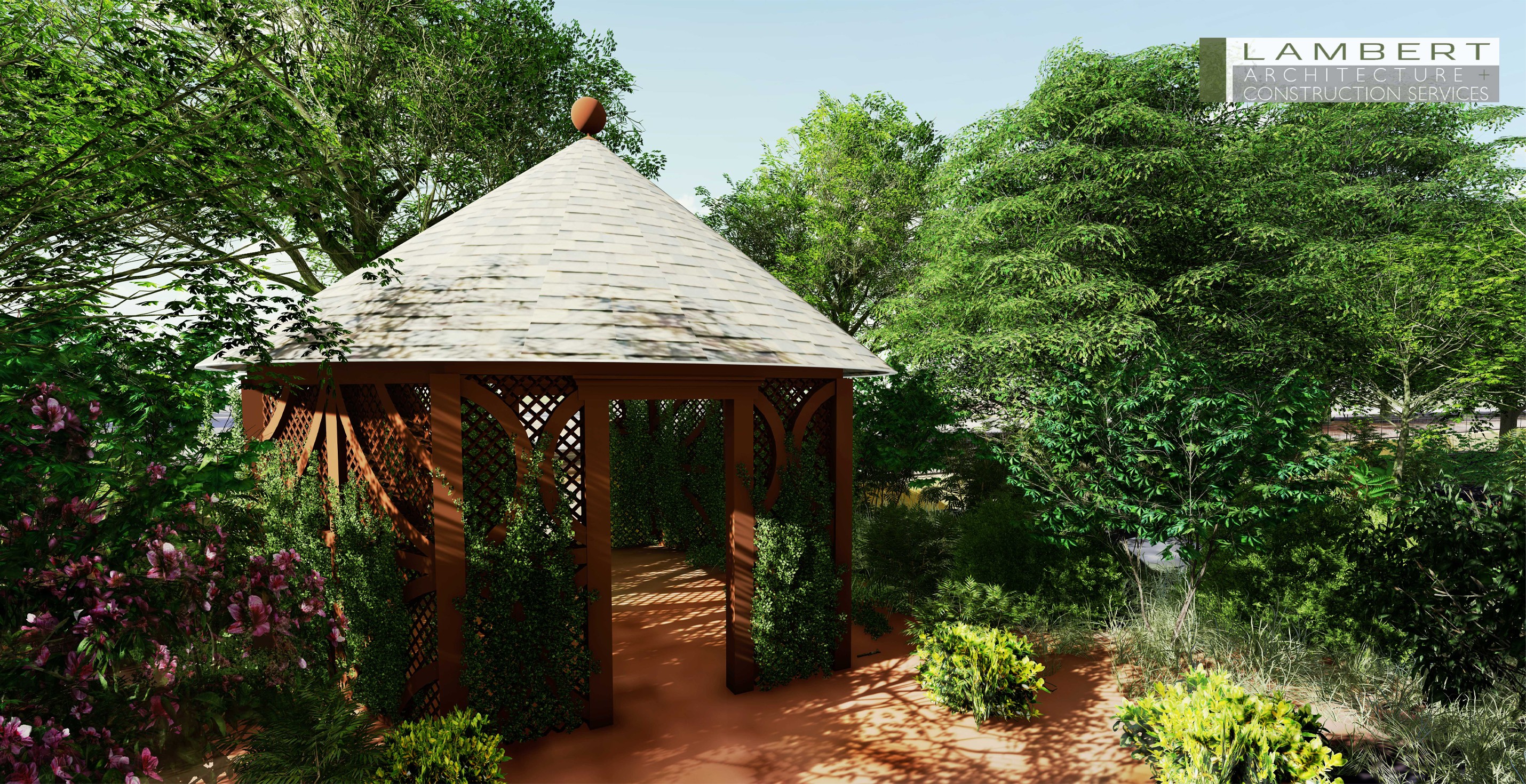 The production greenhouse will serve as the central propagation facility for the grounds department and will only be open to the public for special programs. The orientation lobby will serve as a space for interpretive signage about both the current and historical workings of the garden and greenhouse and will be open to the public during the hours that the garden is open. The interpretive greenhouse will host a variety of plants propagated in the original structure with accompanying informational signage. The facility will also be a “one-stop shop" for HC’s grounds department, also housing staff’s offices and storage.

An octagonal gatehouse, based upon a mid-19th century structure that stood on the property until the 1940s, will be integrated into the southwest section of the Pickens Street wall. Unlike its wooden precursor from which it will draw architectural details, this contemporary creation will be fashioned from steel both for durability and in an effort to provide material continuity with the centerpiece of the children’s garden gazebo that occupies the southeast portion of the site. Once approvals from the City of Columbia and the SC State Historic Preservation Office are in place, the project is expected to take eight to nine months to complete.

Site History
Owned by Richland County and managed by Historic Columbia, the Hampton-Preston Mansion & Gardens is an historic site most often associated with the socially and politically influential antebellum planter-class families from which it draws its name. During their time at the urban estate, the property became renowned for its extensive native and exotic plantings that filled most of the four-acre tract on which the main house still stands today. This horticultural excellence was only made possible through the forced labor of Black people enslaved at this site. Wayside signage throughout the property, installed in 2018, outline their work conditions, tasks, and the outbuildings where they lived. Historic Columbia plans to install physical representations of and a memorial to these individuals, both named and unnamed, in the future.

The greenhouse itself was documented throughout the 19th and 20th centuries. Citations include: