LGBTQ+ people have always been, and will always be, part of Columbia’s story. Historic Columbia’s latest initiative – a collection of oral histories, digital archives, virtual tours, and more on LGBTQ history in the capital city – is set to launch soon.

As a first step, we collaborated with South Caroliniana Library (UofSC) to fully process and make accessible its South Carolina gay, lesbian, bisexual, transgender and queer collection. Thanks to archivist Logan Cocklin’s work over the last several months, many unique documents and ephemera that are crucial to telling the story of Columbia’s queer community are now available for wide use.

Here are a few of our favorites: 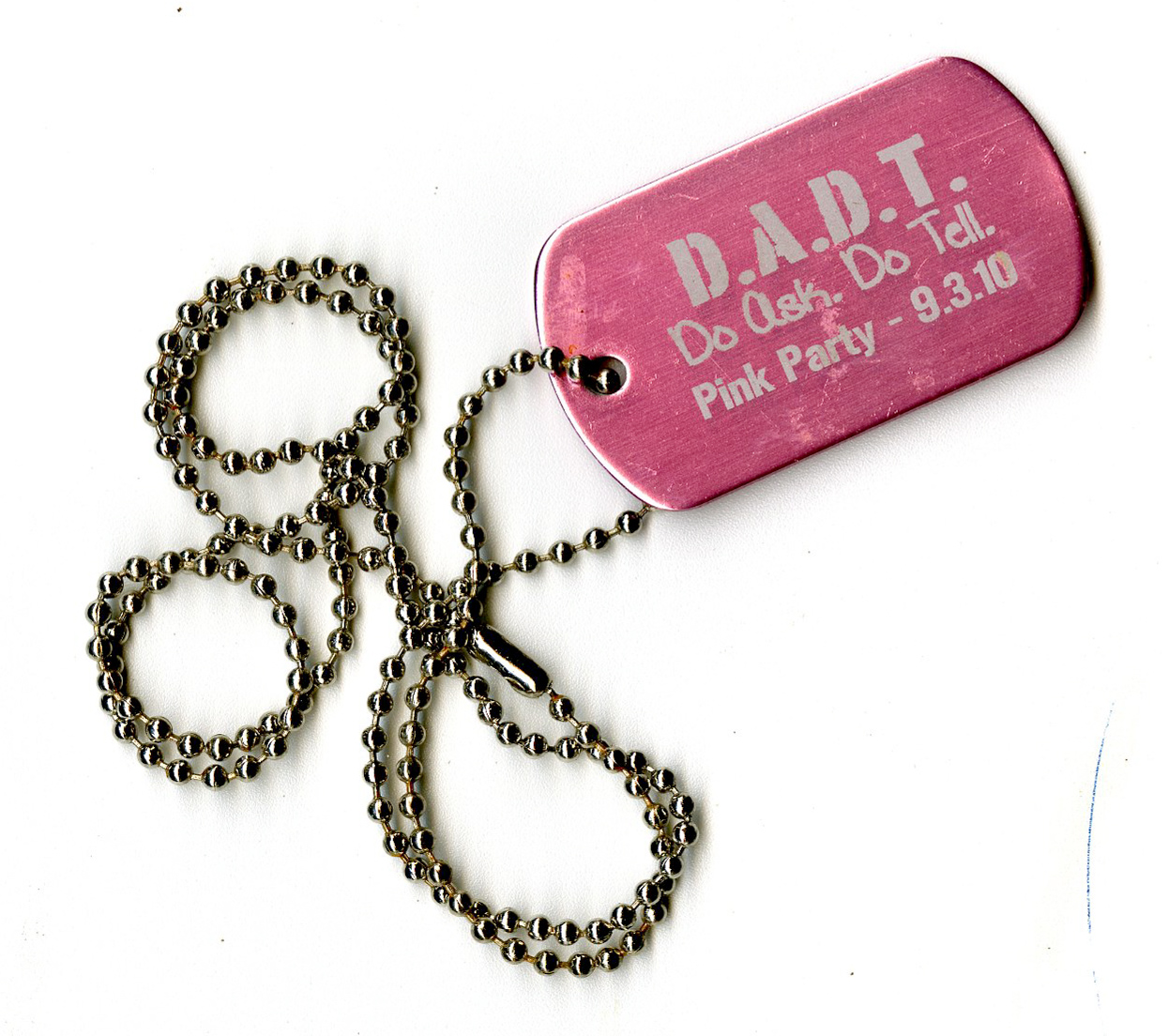 In 2010, Michael Haigler and other local LGBTQ leaders hosted a Pink Party at Tapps on Main Street to “meet and support statewide candidates.” These dog tags, a play on the soon-to-be-repealed “Don’t Ask Don’t Tell” policy on gays in the military, were a takeaway for attendees. 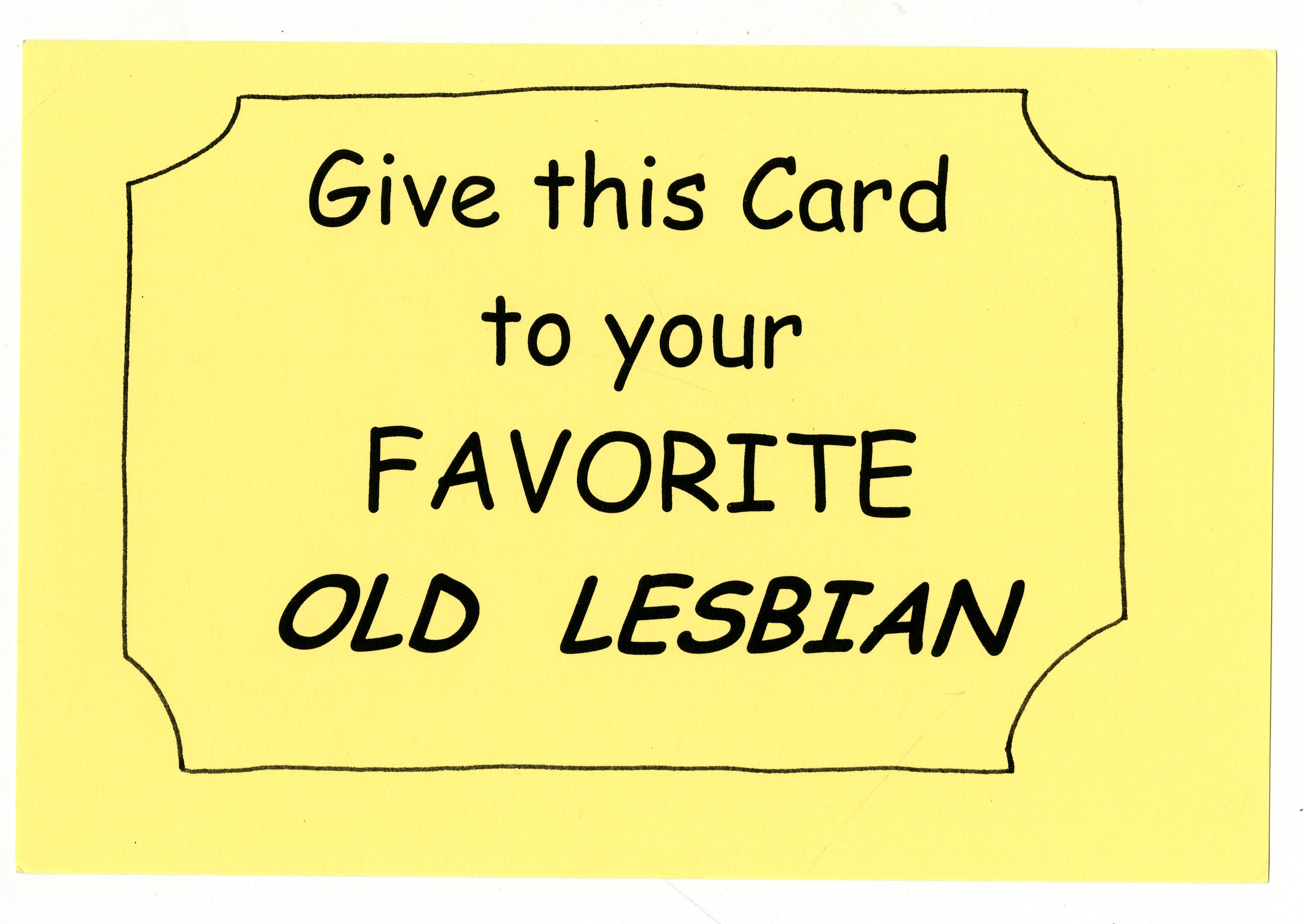 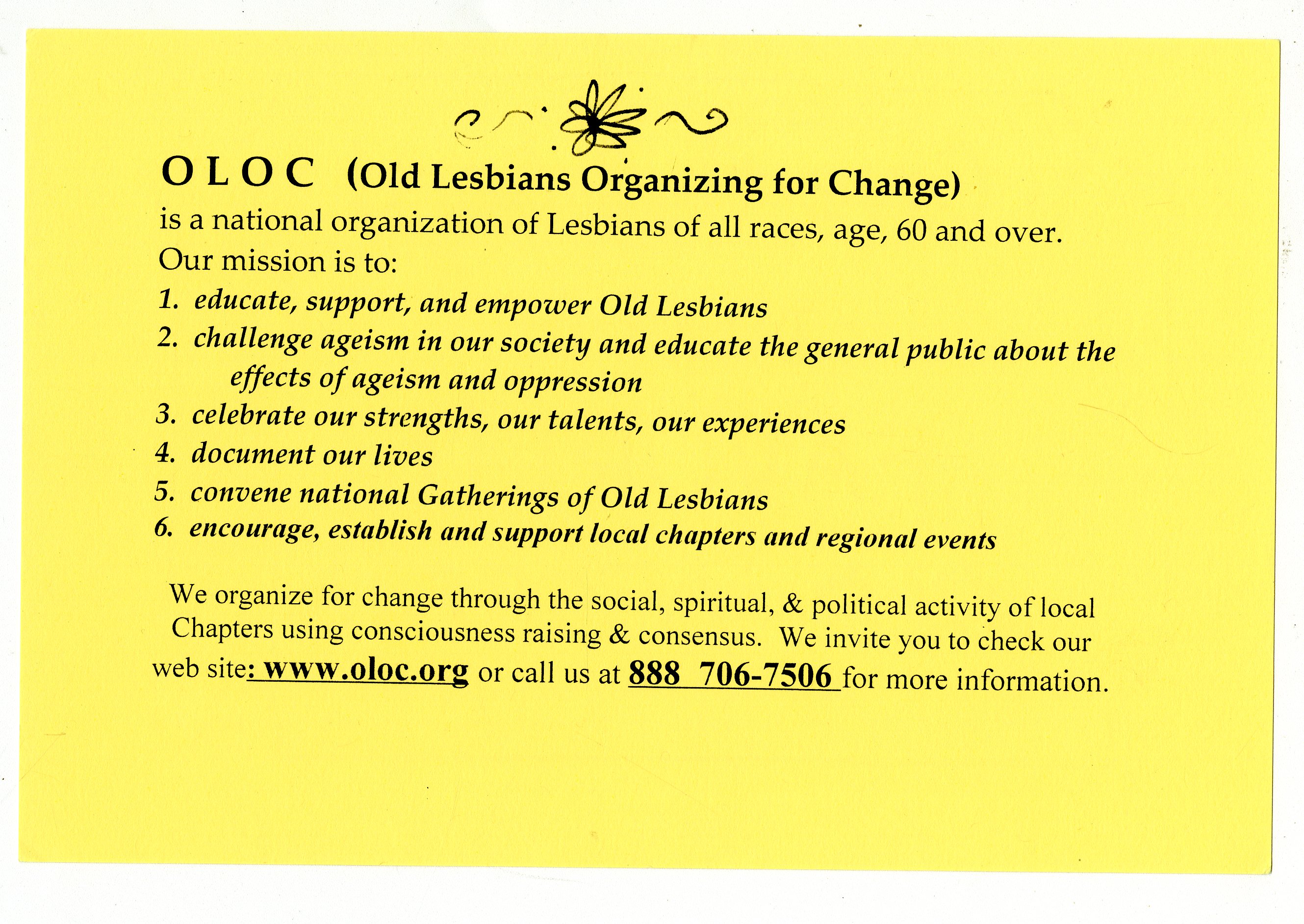 The late activist Carole Stoneking included this flyer in the welcome packets for the Southeastern OCLC Regional Meeting, held at the Clarion Hotel.

Artists Against AIDS is featured on the cover of Free Times, 1992.

The South Carolina Gay and Lesbian Business Guild was founded to “encourage networking, business development and support within the gay and lesbian community.” It hosted monthly meetings at the Embassy Suites. The second issue of the guild’s newsletter includes a photograph of co-founders Jeff Plachta and the late Dan Burch. 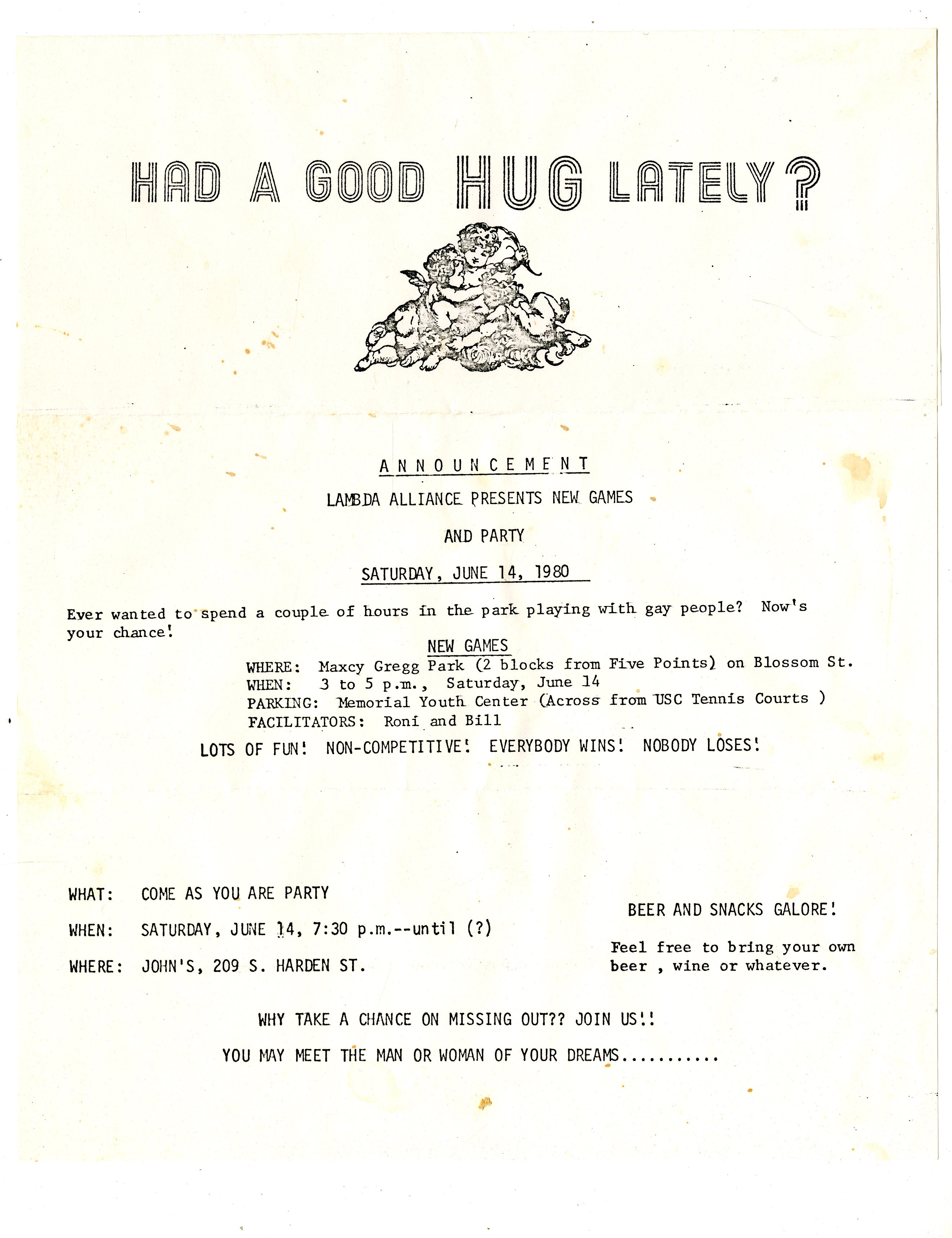 Lambda Alliance, founded in 1979 by several local activists, including Jim Blanton, the late Ray Permenter, and the late Paul Pushkar, held monthly meetings at the Mann-Simons House and hosted fun get-together around the city before disbanding in 1980.

Historic Columbia is committed to telling the stories of all Columbians and linking today’s community at large with Columbia and Richland County’s diverse and complex past. Explore and support this comprehensive project documenting the often unseen and untold stories of LGBTQIA+ life in the Midlands.